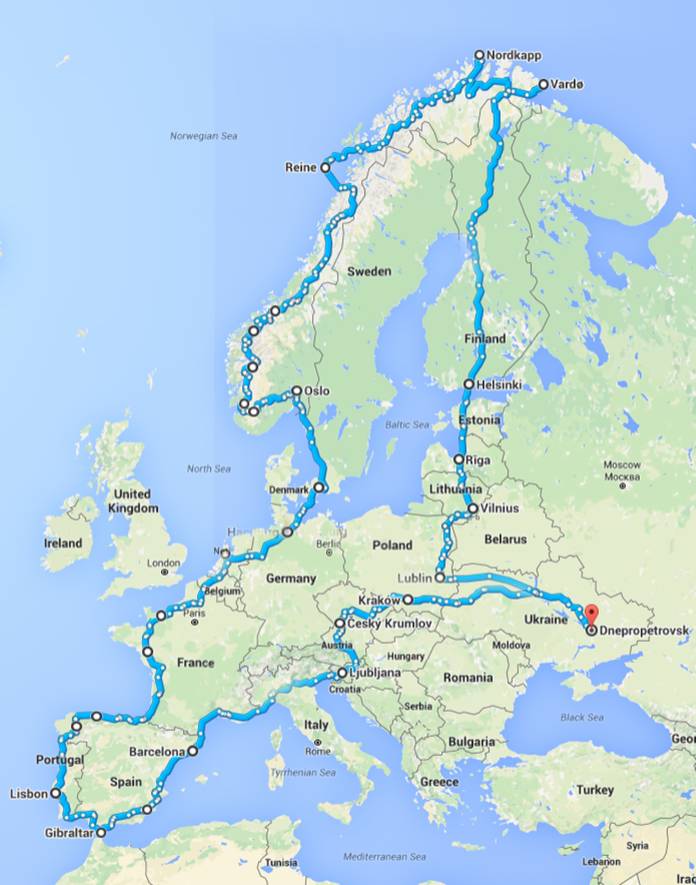 Here is some photos and highlights of our trip.

We successfully overcame all gaps on Ukrainian roads and reached Polish border. Even did not lose any part of our bike. 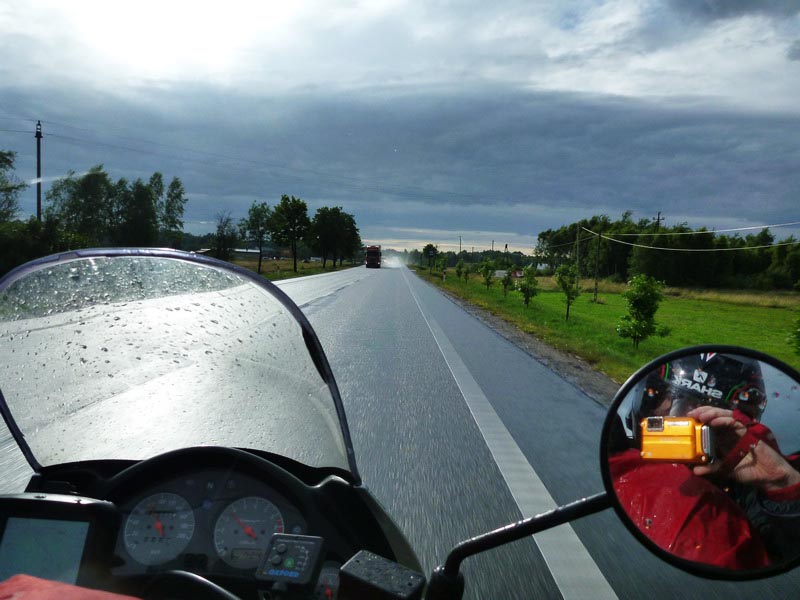 As usual Poland met us with rain. Each time we come to Poland by bike there is rain, but it always ends soon and good weather allows us to see the attractions. So we spent few days in Krakow. 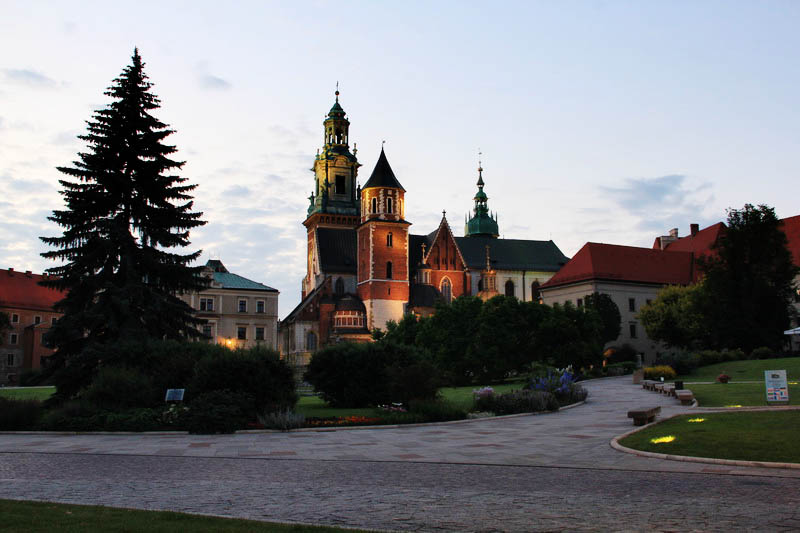 After Krakow we rode to Czech Republic to taste beer and by the way see some sights. The first point was Brno, where we met our friend Tom.  And after we visited beautiful and old towns with castles - Český Krumlov and Hluboká nad Vltavou. 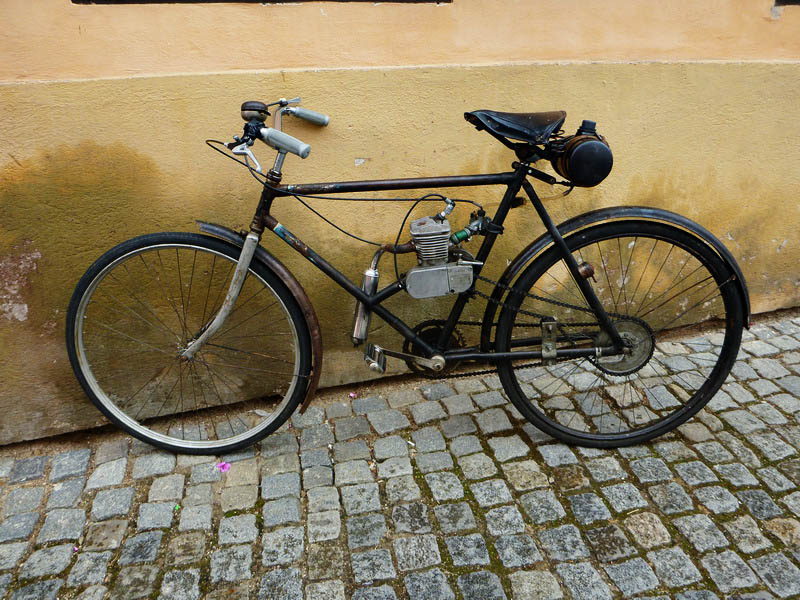 Then we crossed Austria where enjoyed picturesque roads in Alps. 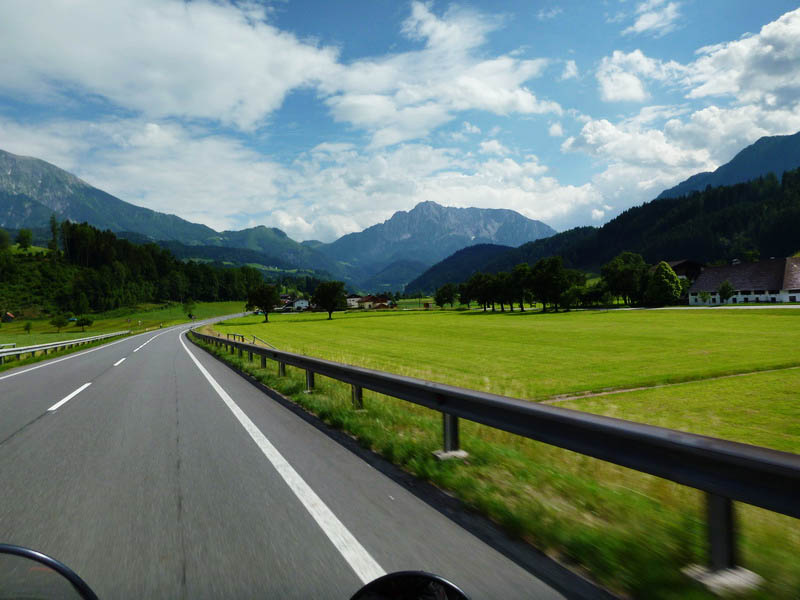 After it, we went to south - to Slovenia and reached city Bled with its scenic lake. Also we visited the capital of Slovenia - Ljubljana. 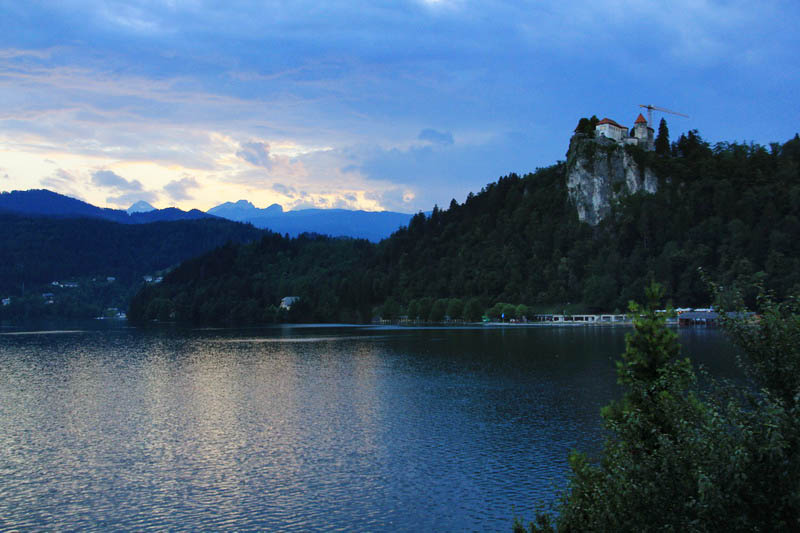 Next point of our trip was Italia. First we spent few days in Venice. As we moved to south temperature growth up to +35. Its became a bit hot and uncomfortable in our armored motorcycle jackets, but instead of this inconvenience we got huge number of perfect wine. And almost in all cities we've visited we found sources of fresh and cold  drinking water. What can be better in hot summer day? And one more thing typical for all Italian cities - leaning towers, in Bologna, Florence and, of course, in Pisa. What do you think is this some kind of tradition? :) 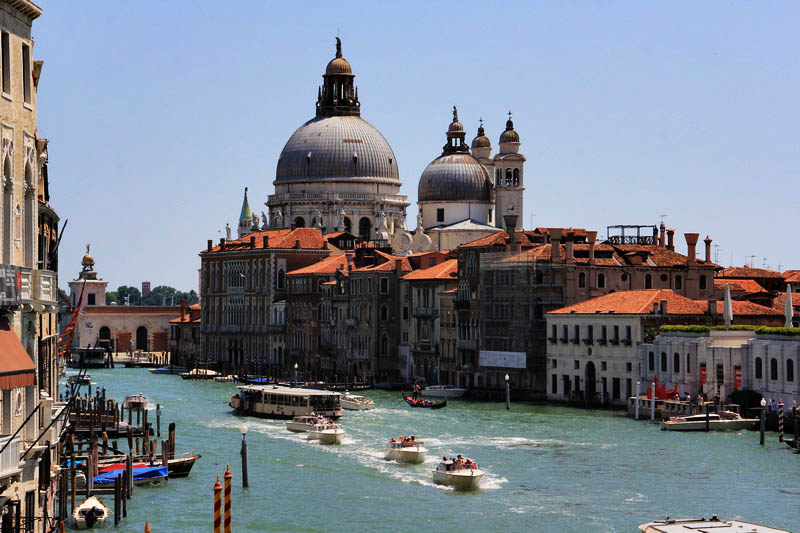 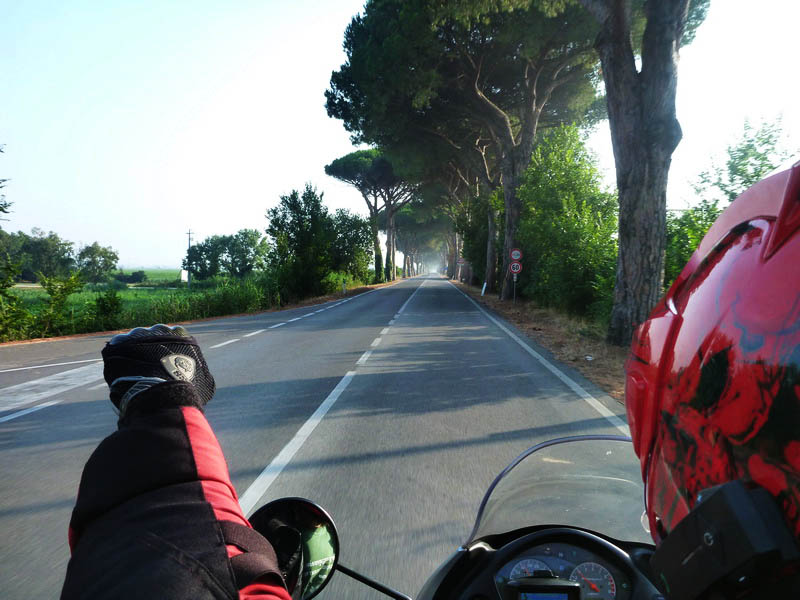 Spain met us with +38С. So now rain in Poland seemed not so bad. Many trucks loaded with fresh and sweet peaches, gardens with orange trees.
Barcelona impresses - la Sagrada Família, Gaudi buildings, The Magic Fountain of Montjuïc, huge squares.
Next point Tariffa - one of the most southern points of Spain, here you can see African coast on skyline. And you can see Mediterranean Sea and Atlantic Ocean at the same time. 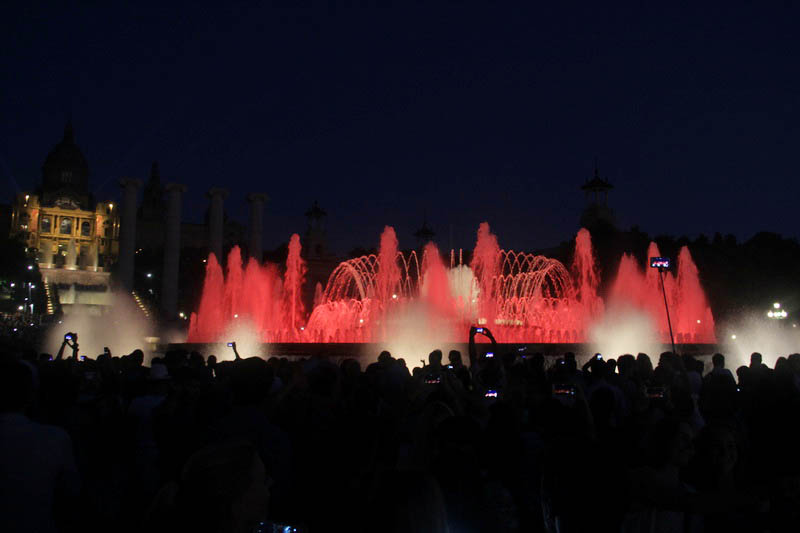 Portugal - the westernmost European country. From Lisbon since the XV century, many Portuguese expeditions were sent to India and Asia. Vasco Da Gama started from Lisbon and although Magellan, who made his trip around the world under the flag of Spain, was Portuguese man. In general, Portugal - the country of travelers, and for us it has become one of the most remote points from the home in this travel. Lisbon, Sintra palaces and parks, Cape Roca and many other attractions. 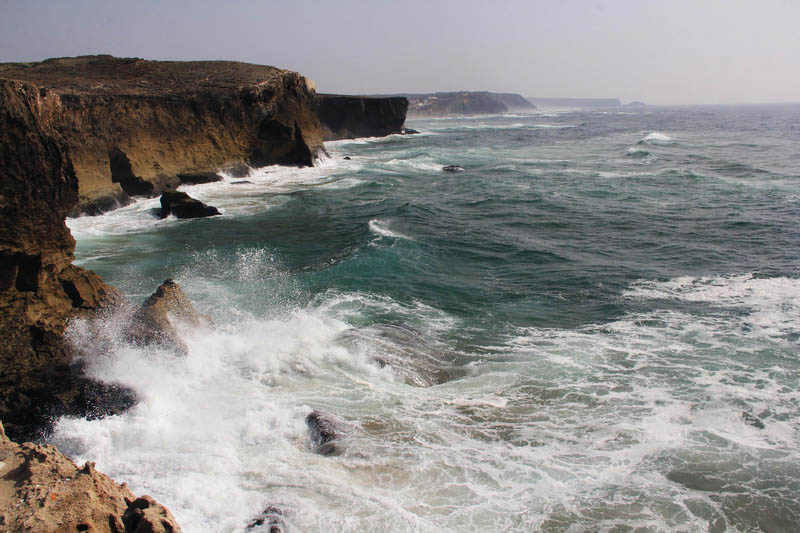 Spain again, this time to North Coast - Bay of Biscay. There is a famous beach with arches or Cathedral Beach, or simply Playa de Las Catedrales. There is a mountain range with snow-covered peaks - the Pyrenees above 3000 meters. And there is a very interesting motorcycle mountain road in the Picos de Europa Park. 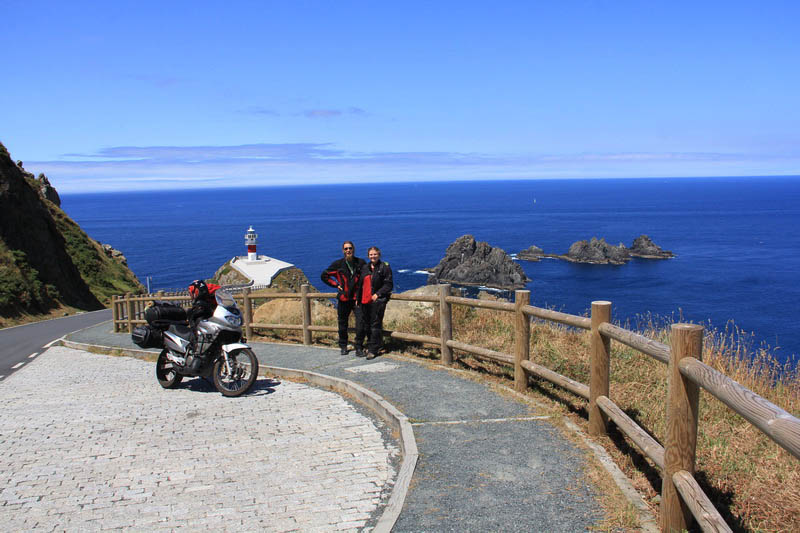 Again France -  Normandy. Mechanical elephants in Nantes, Bordeaux Quay, Etretat, with its monumental rock arch in the sea, the island fortress of Mont-Saint-Michel, so just the usual world-famous attractions. 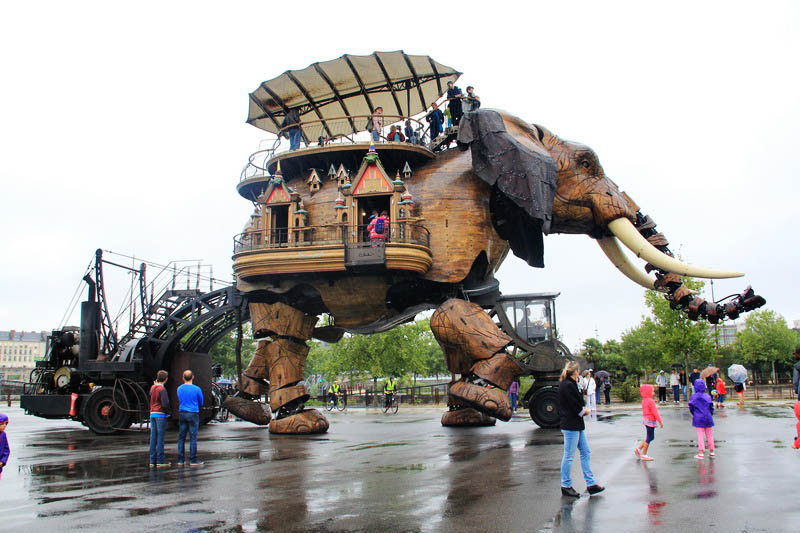 Belgium - Bruges, Brussels, Antwerp. Chocolate, "Manneken Pis", manneken pis made of chocolate, beer shop with hundreds of types of beer. Small country, you can drive the whole of Belgium in a few hours using Autobahn. 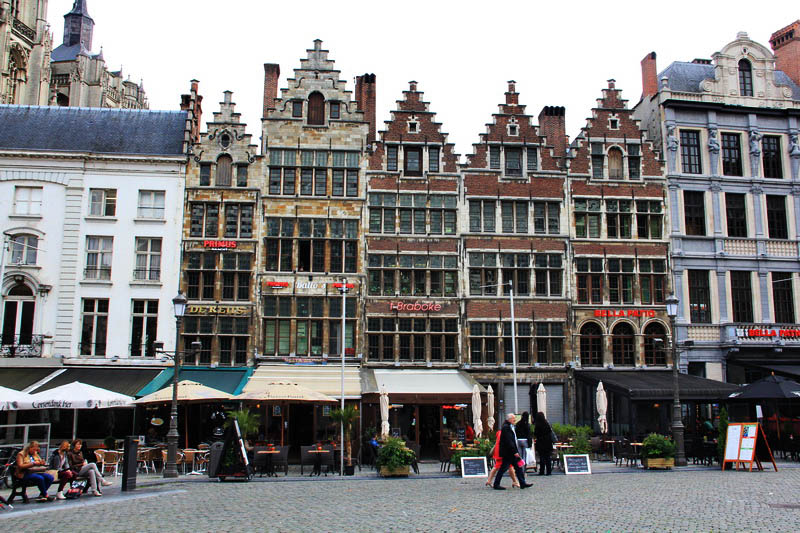 The next country on our way was the Netherlands, more precisely the Netherlands (Holland and the Netherlands is one of the regions). By coincidence, in Amsterdam, we were in the coolest day of the annual gay parade. The whole city was filled with crowds of people, the canals fluded with boats with the parade participants. Of course, we visited the red light district in Amsterdam and the famous "coffee shops." 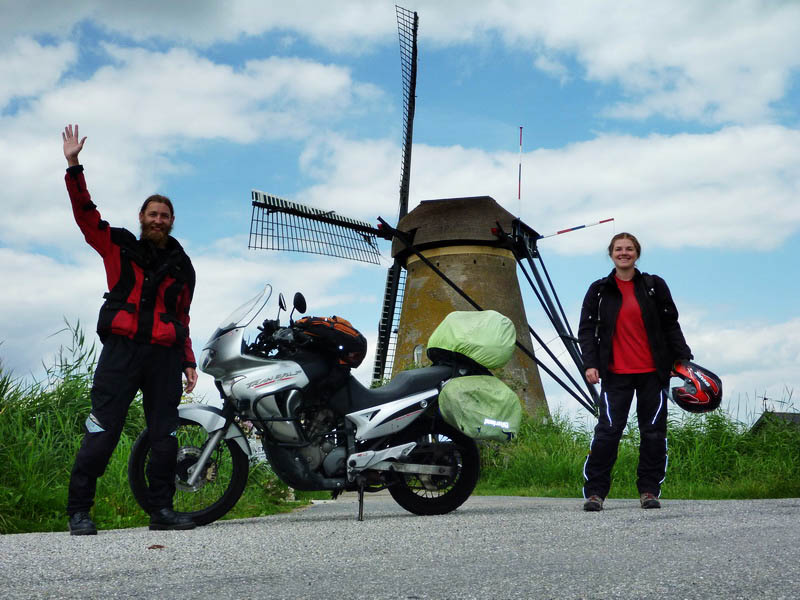 Germany - No stop signs, no speed limit, Nobody's gonna slow me down. But there are rumors that German autobahns will be payed since 2016. For a couple of days we stayed in Hannover with friends and had a great time. And then moved to north to Hamburg. 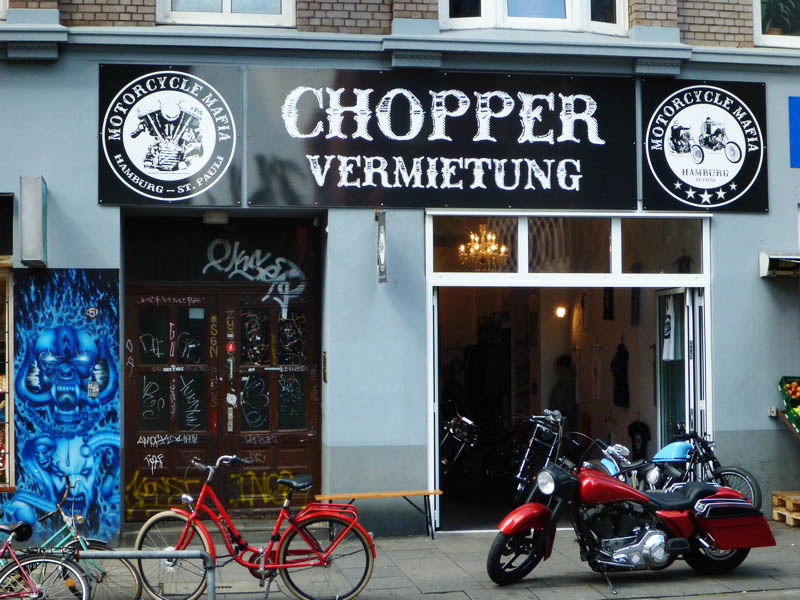 Now we are moving straight to the north, to Denmark. The famous district is Nyhavn, or new harbor in Copenhagen (and its called on local København), a monument to the little mermaid,  Deer Park, where it is difficult not to meet deers, it was all in Denmark. And finally, the tunnel turns into a 22 kilometer bridge on the way to Sweden. Before the tunnel is a sign - "last way to turn in this country through the 100m.", just to avoid someone drives to another country... 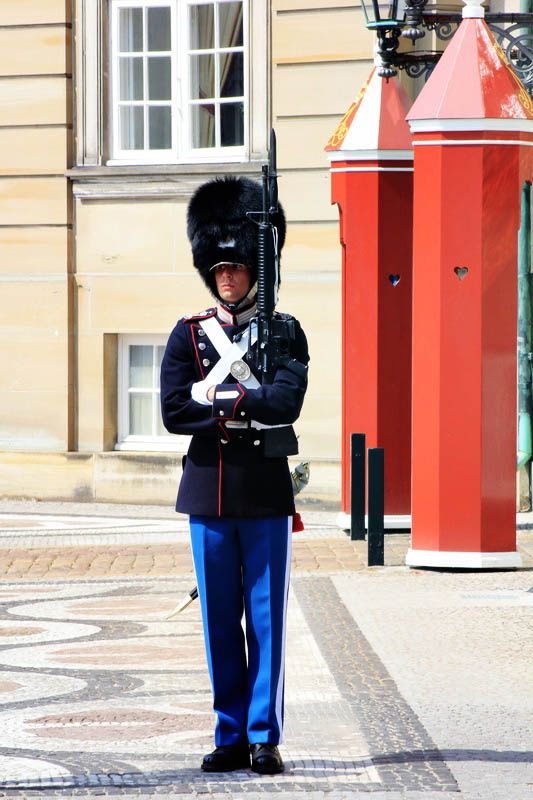 And immediately after the bridge Sweden begins. Here you can already officially stay with a tent anywhere - complete freedom both in Norway and Finland. Well, we have already begun to touch places that had a beautiful view. Visited the area of the state Ladonia (more common name is Nimis). It is a few wooden towers, cobbled together from scrap materials. Nimis is located right on the beach and built by Swedish artist and PhD. 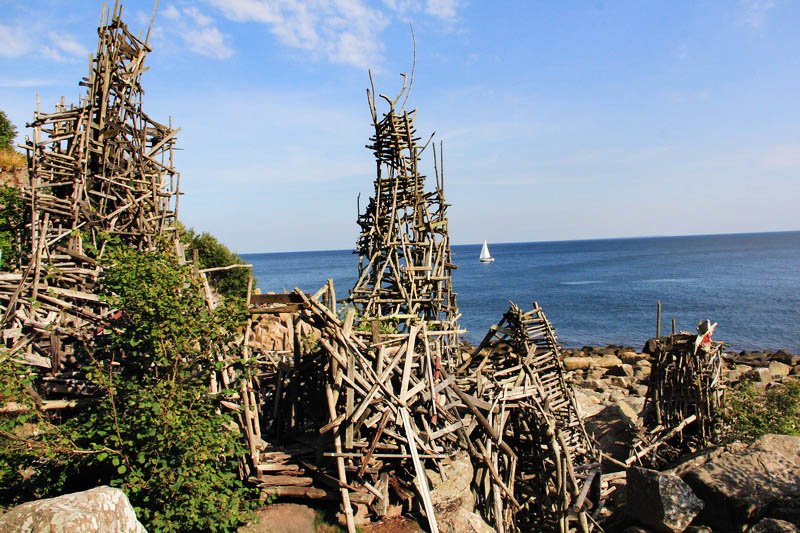 And then finally the country created for tourism - Norway. Beautiful nature, 18 national tourist roads, hundreds of hiking trails! And a lot of info-points, mountain shelters, viewing platforms. Everything  for tourists. The only negative - everything is very expensive. Upon reaching the northernmost point of Europe - North Cape, we headed toward the home. 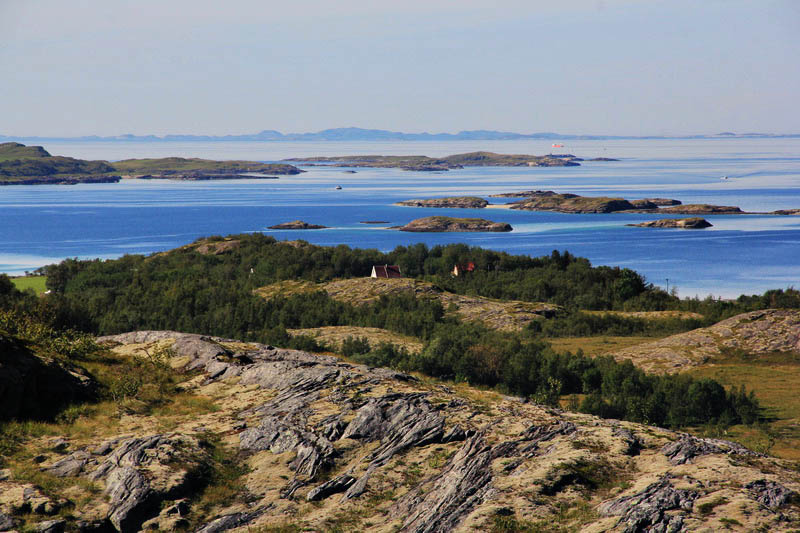 The northern part of Finland was struck by its emptiness, the rare villages in several houses and hundreds of kilometers of forests, lakes and marshes. But here as well as in Norway, a lot of mushrooms and berries (in late August). With a tent you can also spend the night almost anywhere. But it is more oriented on the hunter-fishermen, and not the sleeper. And one negative point - here are billions of gnats and mosquitoes, this do not allow you enjoy the nature, we have to move all the time, otherwise there is a risk to be eaten. By the ferry Helsinki - Tallinn we are moving to home. 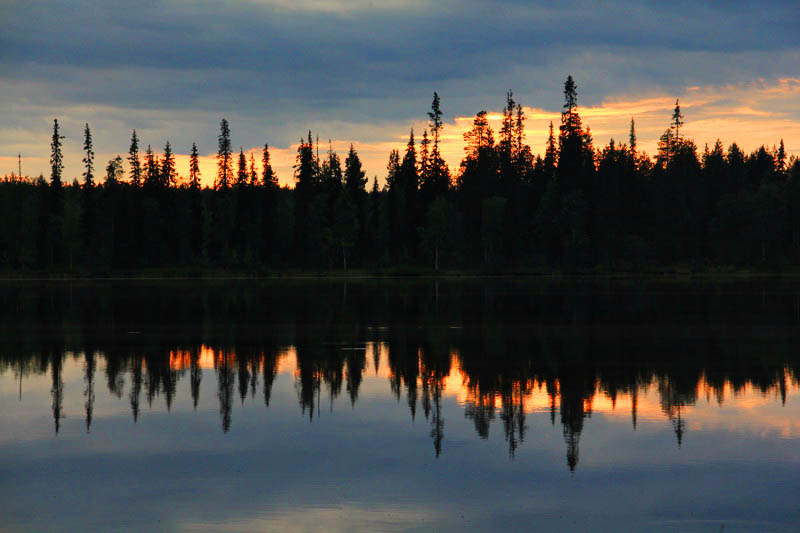 Estonia met us with Russian language in the streets, ancient streets of Tallinn and drunk Finns. After Scandinavia, everything seems very cheap. In the cafe "Three Dragon" tasted pies with elk and boar. 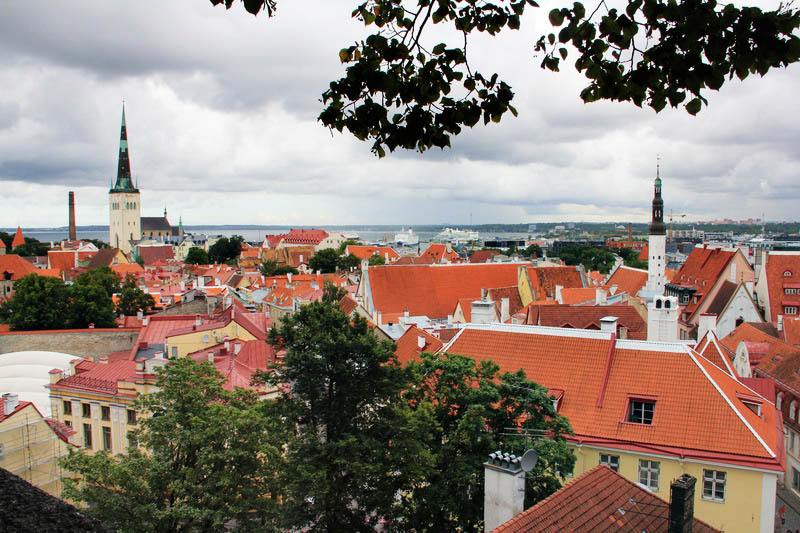 Latvia - well, there are almost all speak Russian, though in seems more like Europe, but with the imprint of the Soviet era. The old center of Riga is filled with street cafes and musicians, all well-groomed and beautiful. 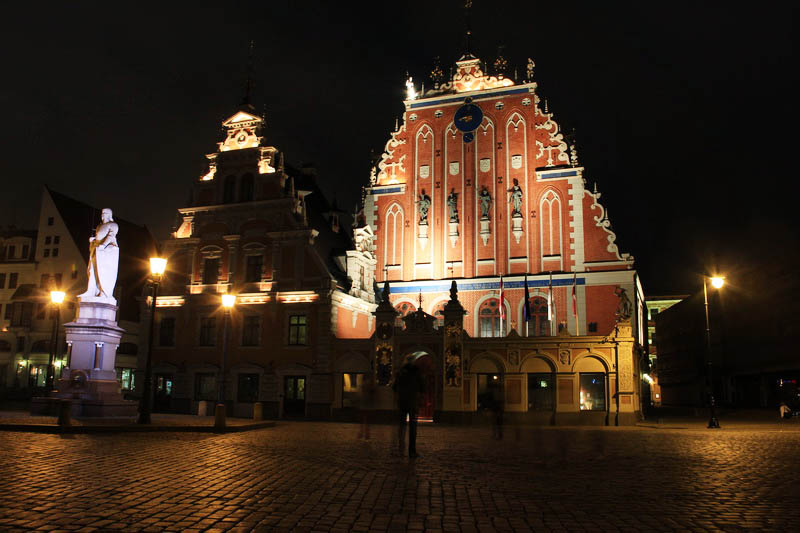 But in Lithuania, almost all speak Lithuanian, although the majority still knows Russian. Prices are a little cheaper than in Latvia, but the beer selection is amazing - dozens of types. And "zeppelins" are good to try, this is the national dish. And beer "Švyturys" always with a lemon slice on the edge of the glass. In Lithuania, we visited two cities - Kaunas and Vilnius, and another point is the "Hill of Crosses". 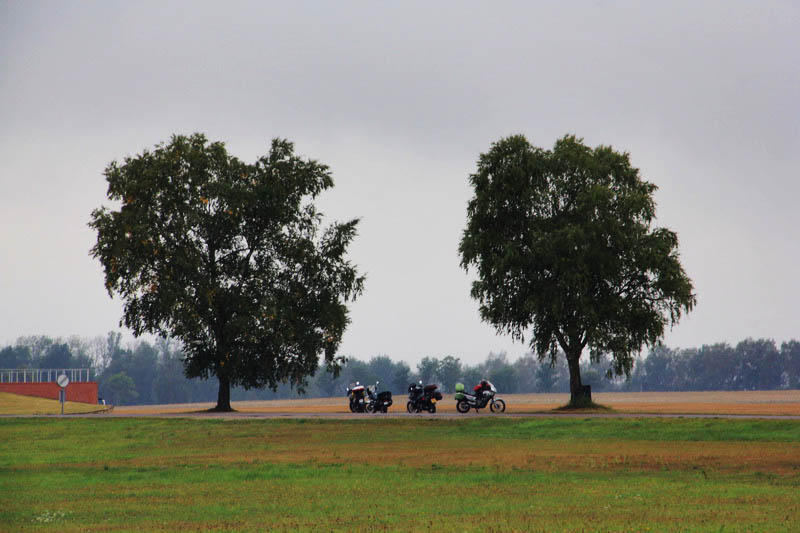 Poland as usual watered us with rain.

And in Ukraine, we are again remembered so huge holes on the road. 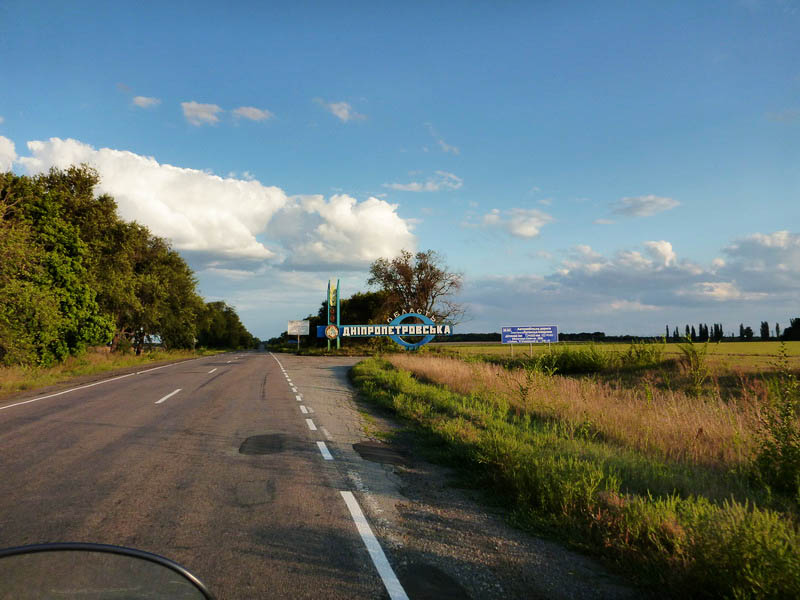 Finally got home without incident, and for end point - the photo with the sea Ocean ... 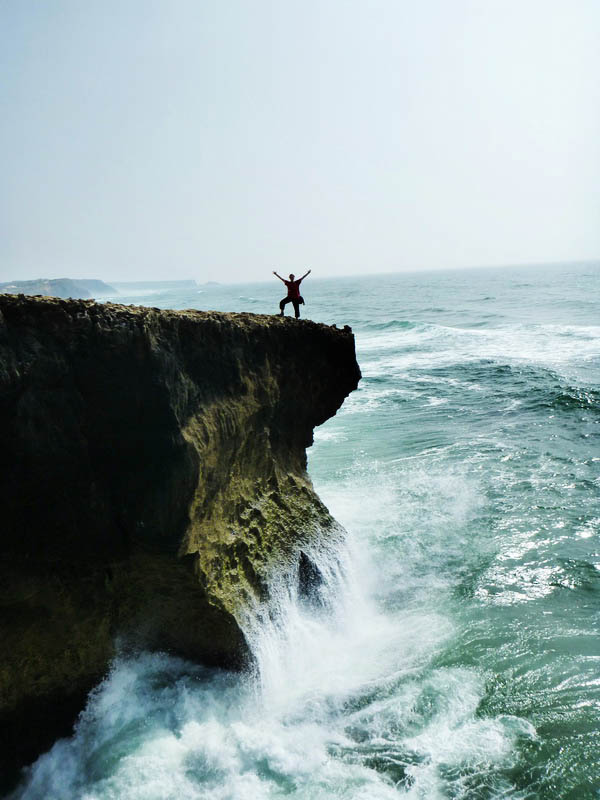