Spent some time in small streets, we still went to the Louvre. The huge building, a lot of people, stone columns, which are all scrambling trying to make a photo that somebody hold the glass pyramid over the top. In general, a classic tourist destination. 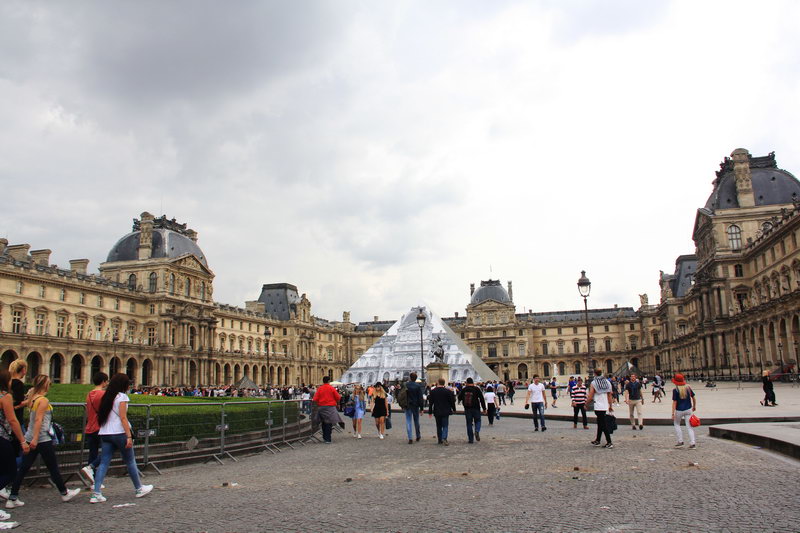 Near the Louvre the Bridge Art is located - naturally modern. I liked the installation, where some kind of metal skeleton person raised a sweet orange furry man. 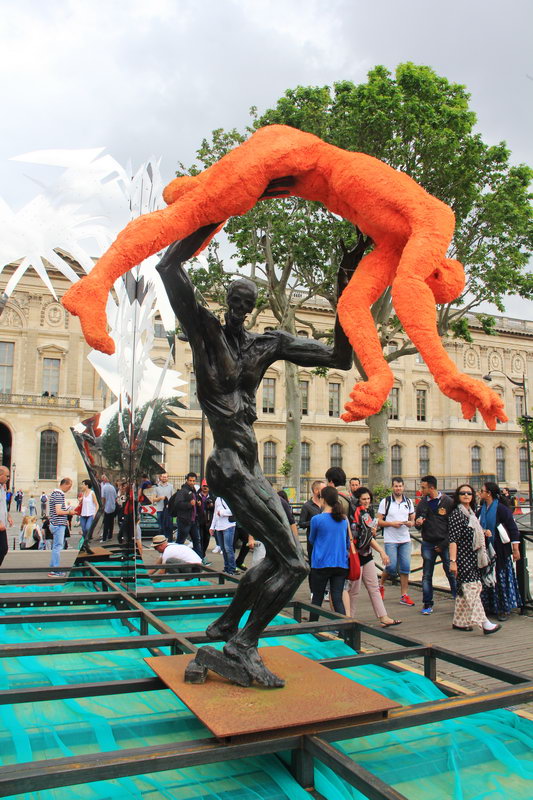 Behind the Louvre, along the Seine, the Tuileries gardens spread. Of course they are big, popular and very crowded. We probably don't know much about gardening art, but the garden as the garden, nothing special. Although perhaps in the fall, a fine drizzle, surrounded by trees with fiery leaves and a bottle of French wine, there may be a very nice time ...

Tuileries Gardens is directly adjacent to the Concord Square (Place de la Concorde). Place de la Concorde is the second largest in France. In the center the Luxor obelisk of Pharaoh Ramses II is located .It has been presented by the Egyptian ruler Mehmet Ali at the 19th century .And on the column itself there is a chart illustrating the process of delivery of the obelisk to France. 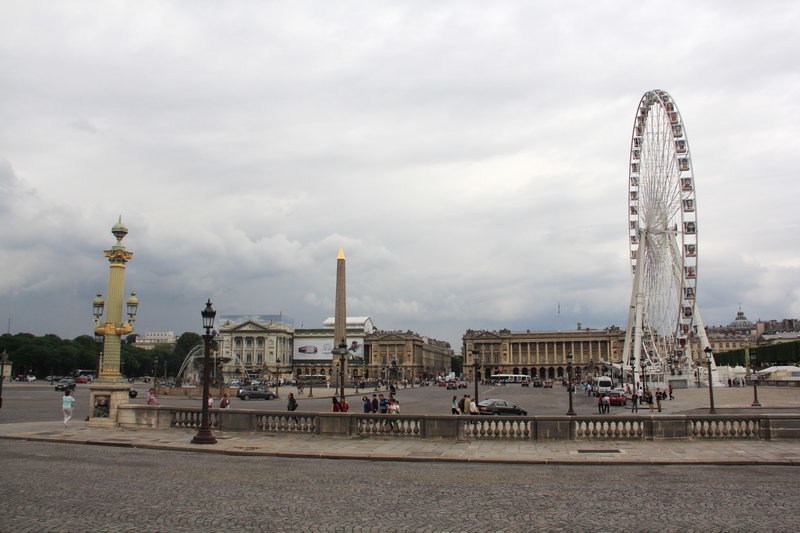 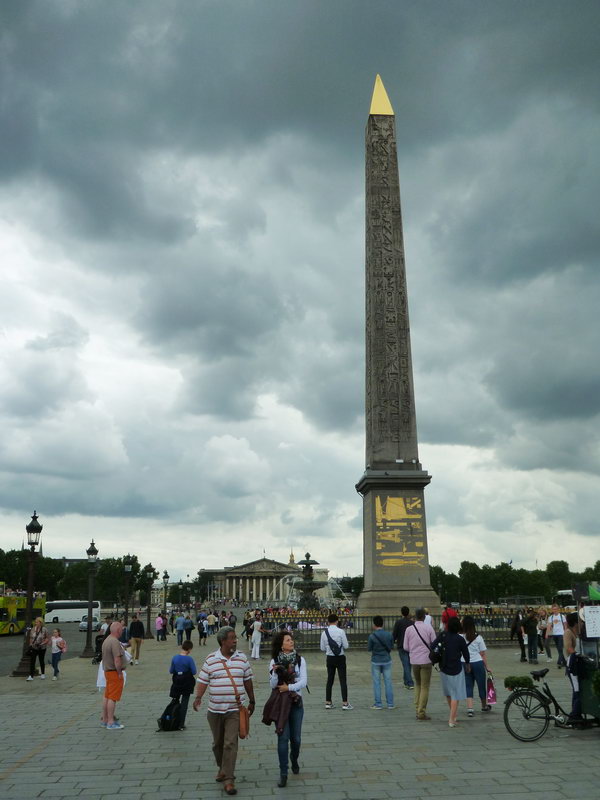 Then we were going to go to the hill Montmartre, but before it we made a walk to the bridge of Alexander 3, which offers an excellent view of the Invalides Square.

We walked to the Grand Palace and the Champs-Elysees and then returned to the Place de la Concorde, where on the metro line M12 moved to Abbesses station. By the way, if you plan a lot of travel on the subway, it is more profitable to buy tickets for 10 pieces (by buying 10 tickets you pay in fact only 8) 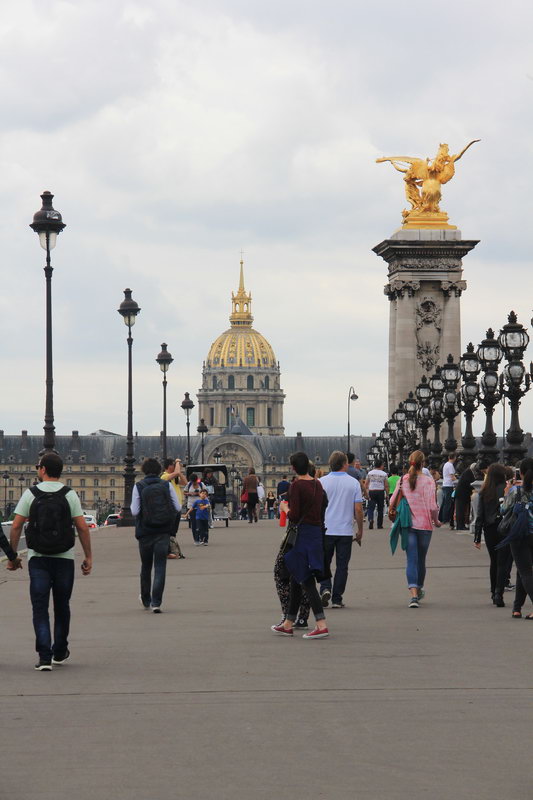 Abbesses Station is located at the foot of Montmartre hill. Near the station is the funicular. But the cable car is not so interesting, much more pleasant to walk through the narrow streets of Montmartre, to feel шеы spirit, but somewhere in my head all the time melody emerges from the film Amelie. 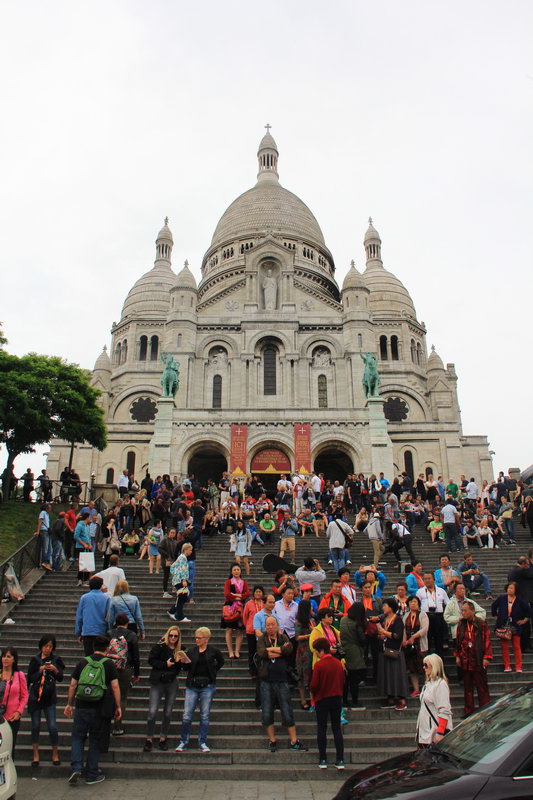 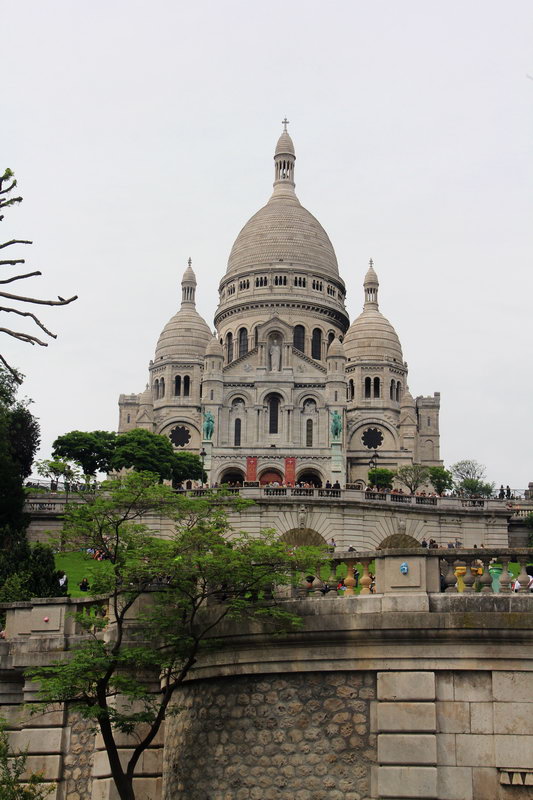 And here we are on the hill. Sacre Coeur Basilica is visible from almost all points of the city. Sacre Coeur - a Catholic church, built in 1875-1914 gg. by architect Paul Abadie, and located on the top of the hill of Montmartre, the highest point (130 m) of the city. The entrance to the Basilica is free, so definitely worth a visit. Inside the basilica is very similar to many other Catholic churches, also on the left side of the entrance, you can pick up to the observation platform at the central dome. And if you remember that basil is very high and is still on the highest point of Paris, and review is at 360 degrees, then you should definitely go up. But we must remember that there is no elevator and have to go by foot through the narrow spiral staircase. Entrance to the observation deck costs 6 euros. 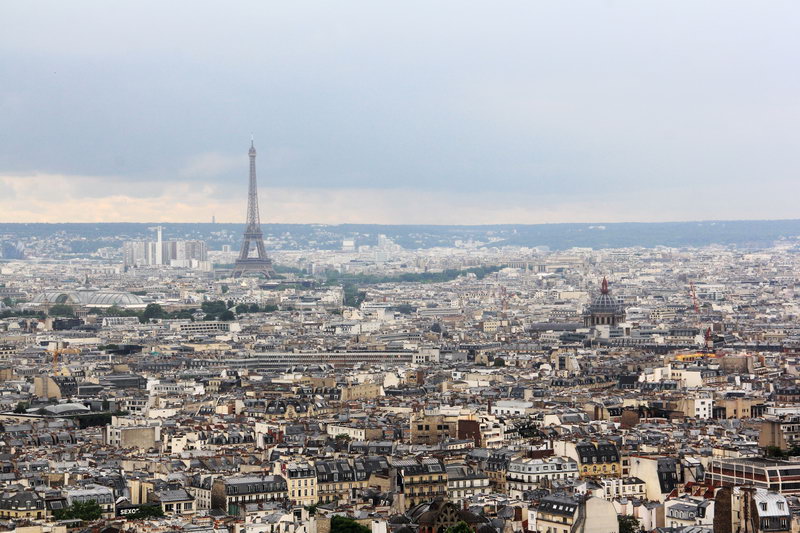 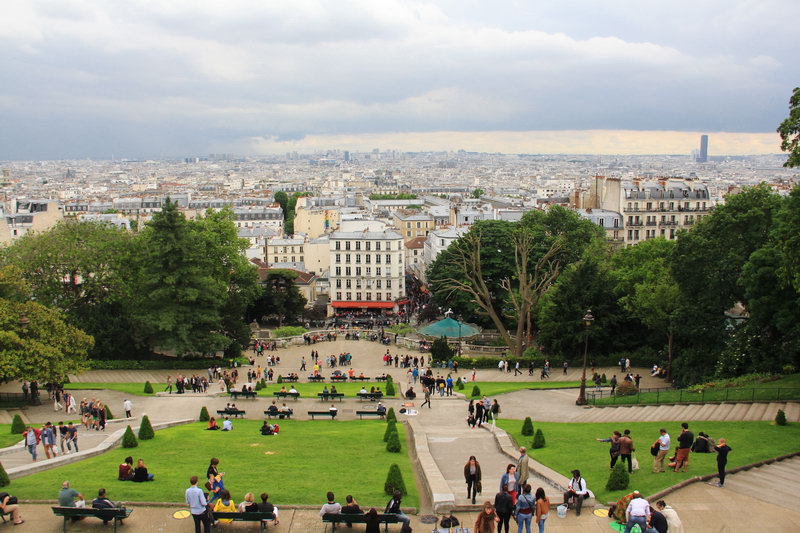 For today, we don't have a lot of plans - the Arc de Triomphe and Eiffel Tower. We want to see the Eiffel Tower more in the dark, but it's summer and it gets dark late. Therefore, we decide not to hurry, and walk to the Arc de Triomphe by foot. On the way we pass by the famous Moulin Rouge. There is a fire truck in front of it, apparently performances are very hot ... 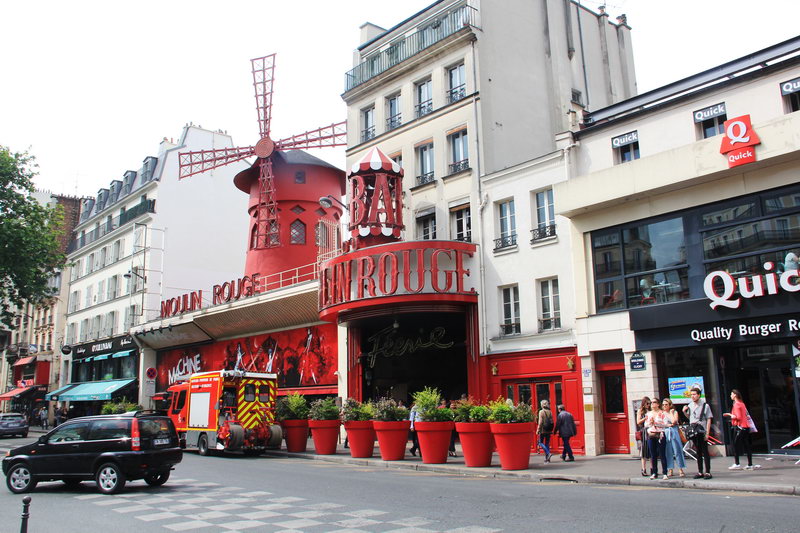 And now we are at the Arc de Triomphe. Today here there are some events, a lot of guards in camouflage with guns. Constantly old mens in the form came with flowers. But to come to the arch and walk under it is still possible. The Arc de Triomphe is big, really, but you understand it only when you find yourself right next to it. 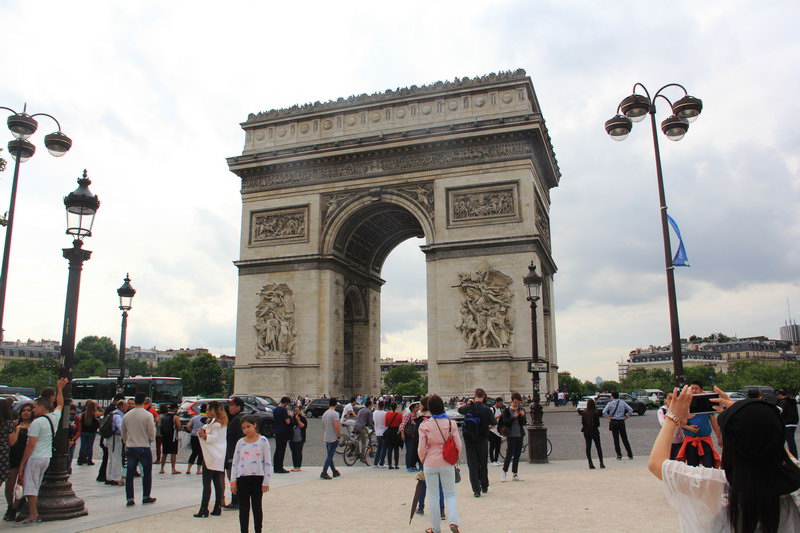 From the Arc de Triomphe, just a kilometer to the Chaillot Palace (Palais de Chaillot). So we go there See Paris and die or no?.