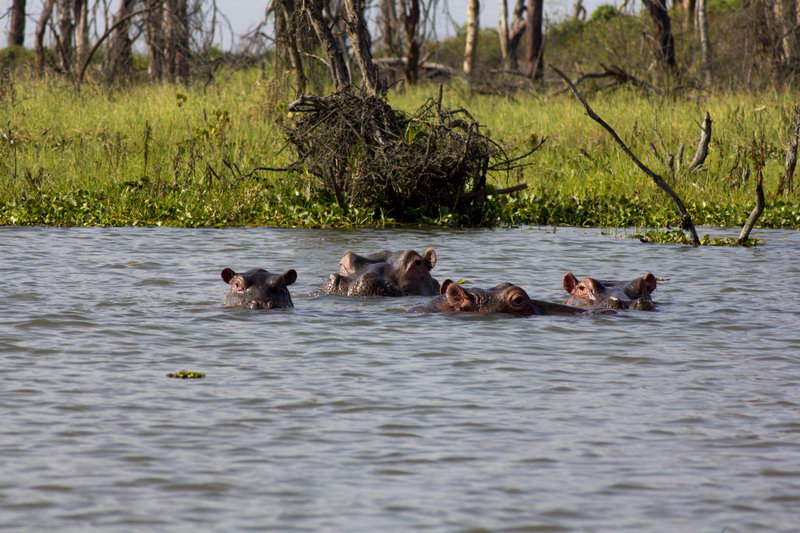 We drove out of the park Masai Mara to Lake Nakuru. I already knew that this is a long way, and even if there is a good road in Africa there is no possibility to ride more than 50 km/h (on average)... We stopped for lunch. And we had lunch. It seems we would not come too late ... And here again stop - what, why?! It turns out we will have a walk on the lake Naivasha!

Just arrived and we only managed to get out of the car and we immediately realized we are in the kingdom of the birds! Near the car walked stately marabou, in some distance heron could be seen. Quickly we finished with the formalities - in a sense, paid $ 20 per person for a boat tour lasting 1 hour 20 minutes. And here we are at the lake ... 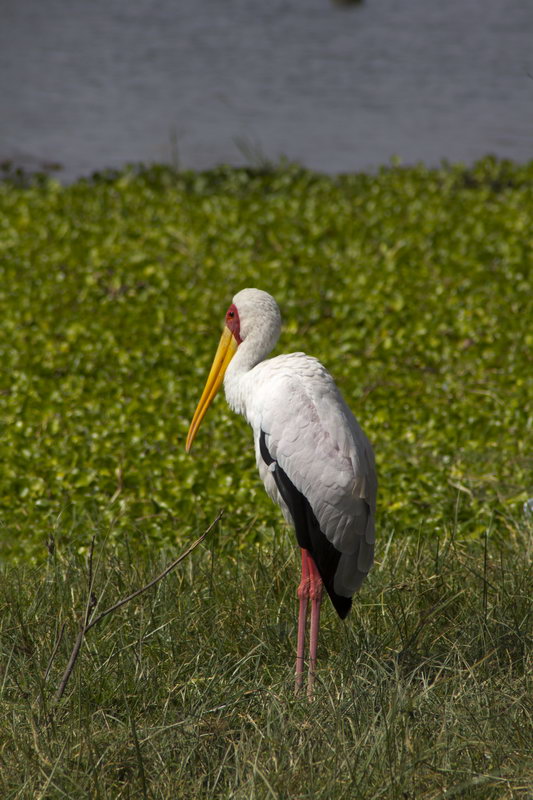 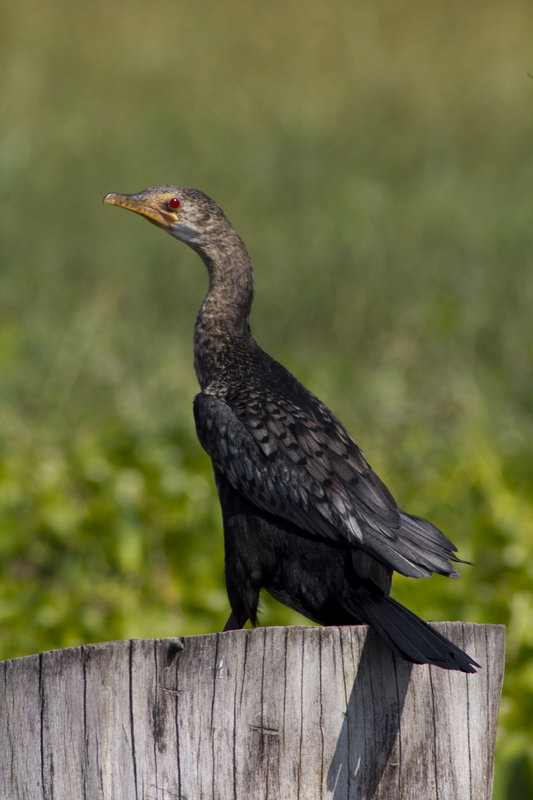 Right at the shore on a branch there is a Pied Kingfisher or simply Kingfisher, a bird so if someone does not know. A little further pelican splashing on the shore, there are herons, ibises, hadada ibises, marabou not far, in the water on the old trees cormorants are sitting. For sure this is paradise for bird lovers. And not only for bird's fans - in fact absolutely everyone can see a lot of birds without any effort. 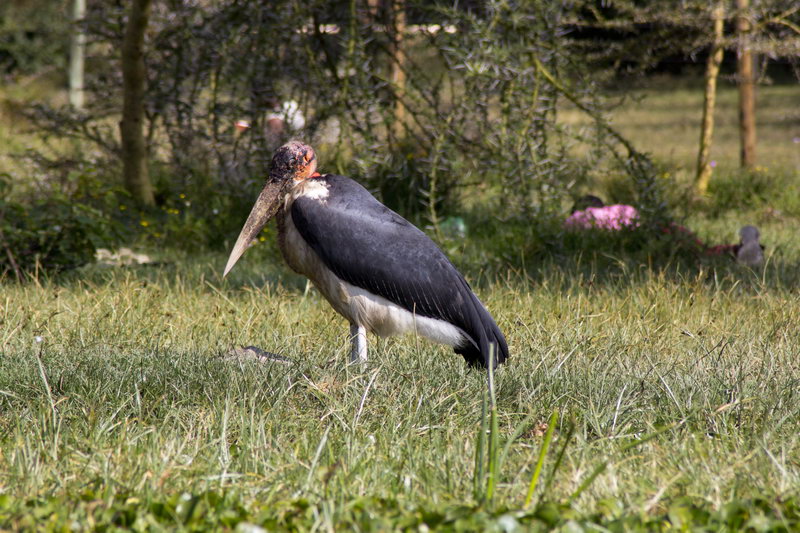 We loaded into the boat and went for a walk. First of all, scared pelican on the shore, and it flew away. Slowly moving along the coast, and our guide points the birds and their names in English. Not all the names in English are known for me, although I know almost all bird's names in Russian. 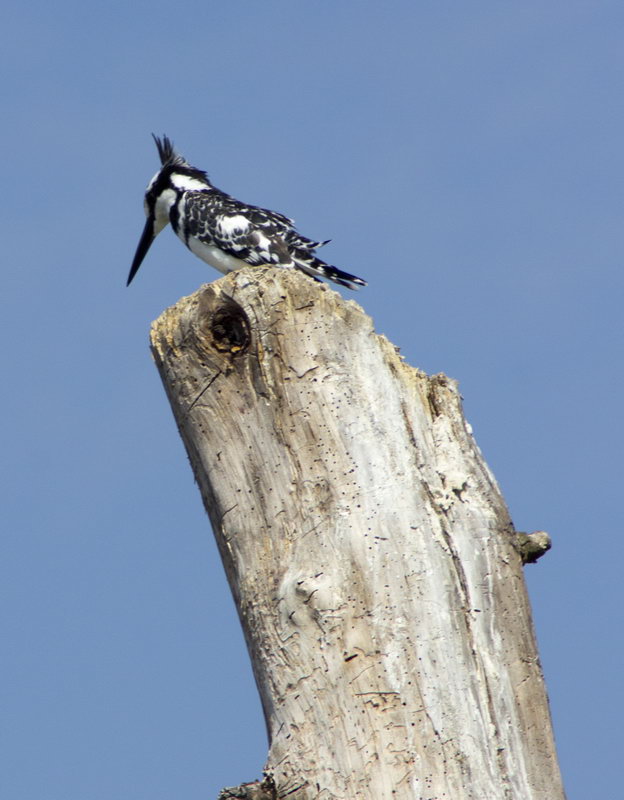 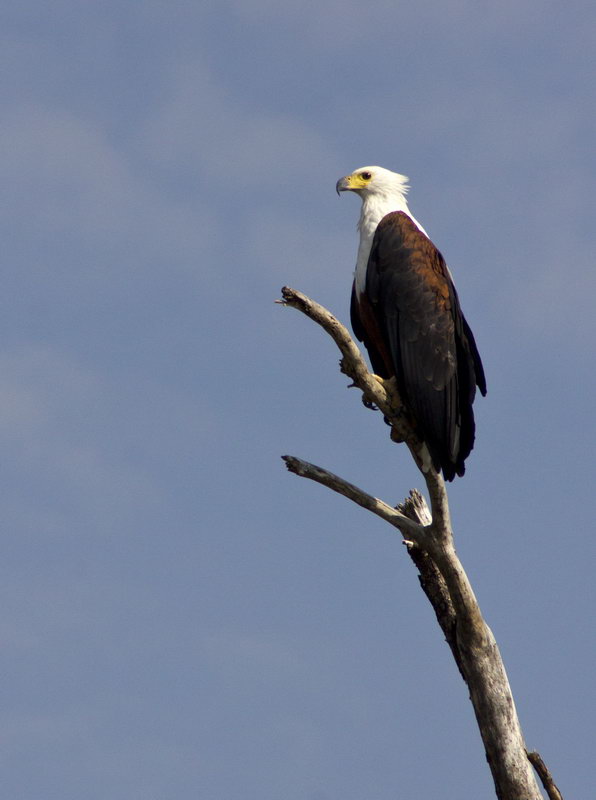 On the shore yellow-billed stork looks very bright in green grass - their yellow at the base beak is rolling in red leather and with black and white color looks very elegant and unusual.

Along the way we meet kingfishers hunting, but take the photos of them is not so easy. 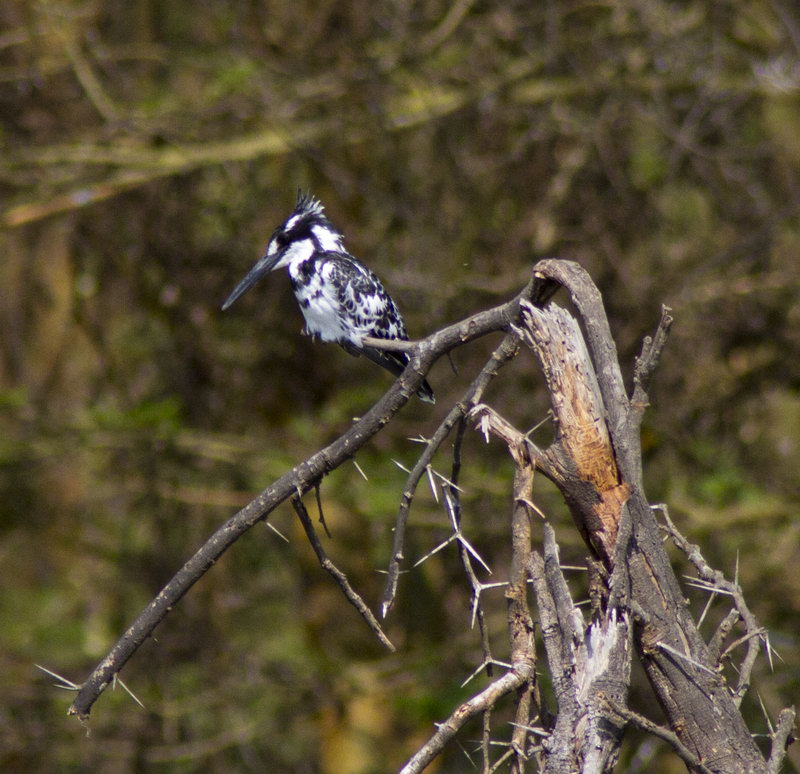 The lake is quite overflowed and flooded coastal forest, our guide said it was a few years ago, climate change and so on. And since that time the area of the lake has almost doubled. Therefore, along the beach there is a strip of 30, 50 or even 100 meters of flooded forest. The trees have died, but their skeletons still rise above the water, creating a very interesting picture. And cormorants have a place where to sit and dry feathers. 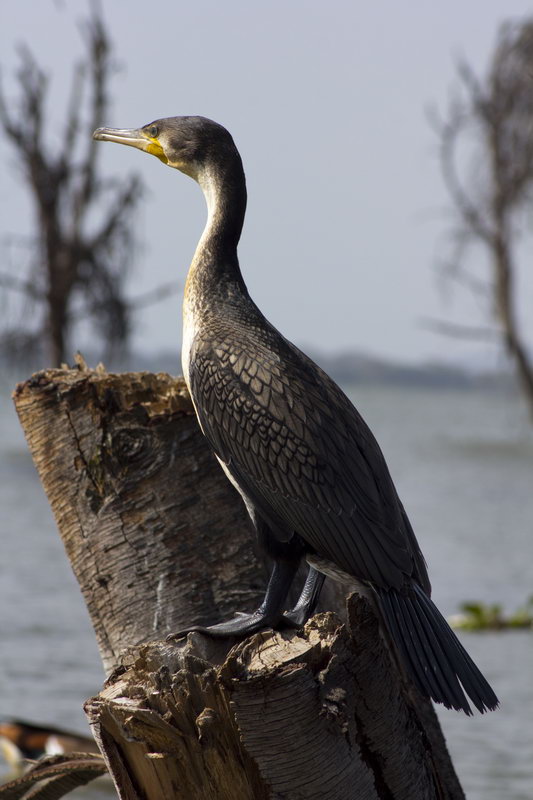 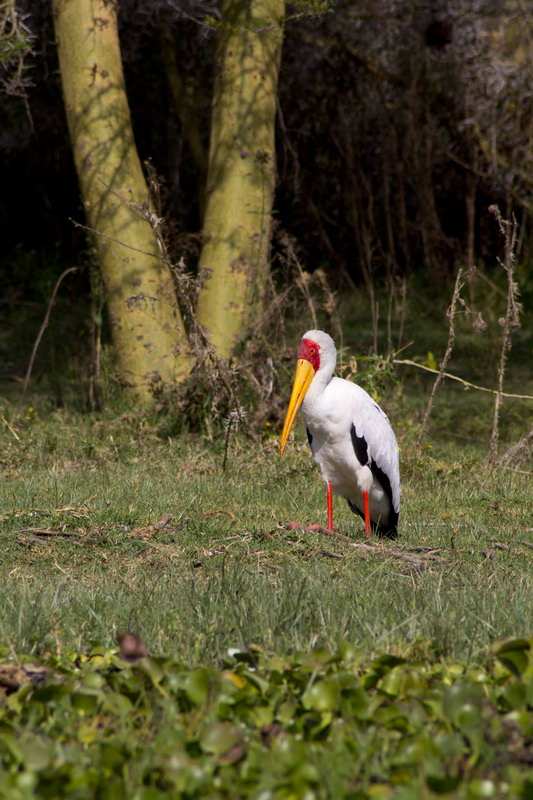 But we turned away from the coast, our guide close look at something, and now we see - a family of hippos. Just lie, dive, and then eat some grass. If a hippopotamus dives and swims toward us we have to run away fast... 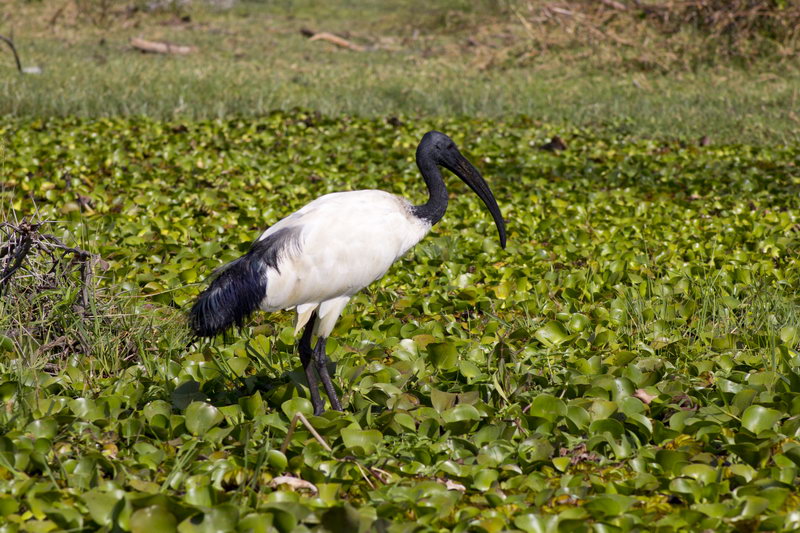 I do not know why, but there are much more active hippos than those whom we have seen before. And sometimes they even yawn that we managed to see it more than once. True, our hippos were not very old and we didn't see 20 centimeters canines, but still ... the jaws fills with misgivings. 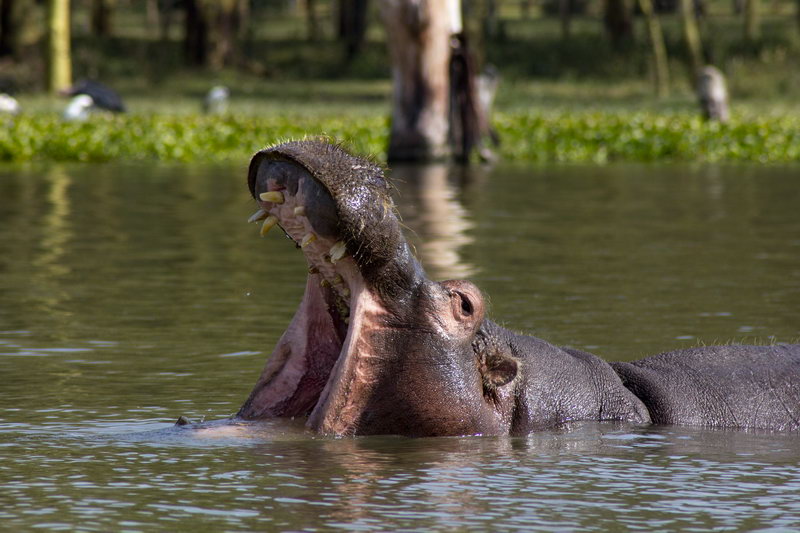 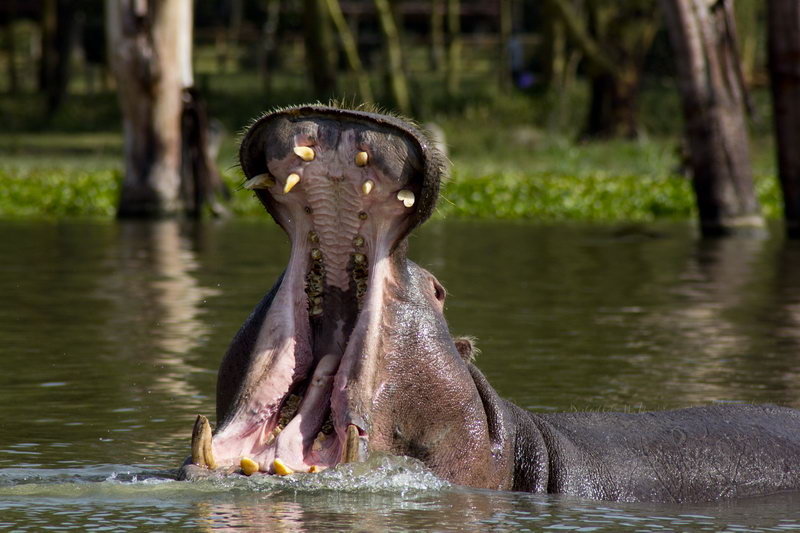 Sailed a little from the shore found the African Fish Eagle on the tree. This one, while not representative of the largest birds of prey, but also has quite impressive size. Here we learn that a little bit later the attraction are planned - feeding the eagle, though we have only one fish so we must try to take a picture from the first try. 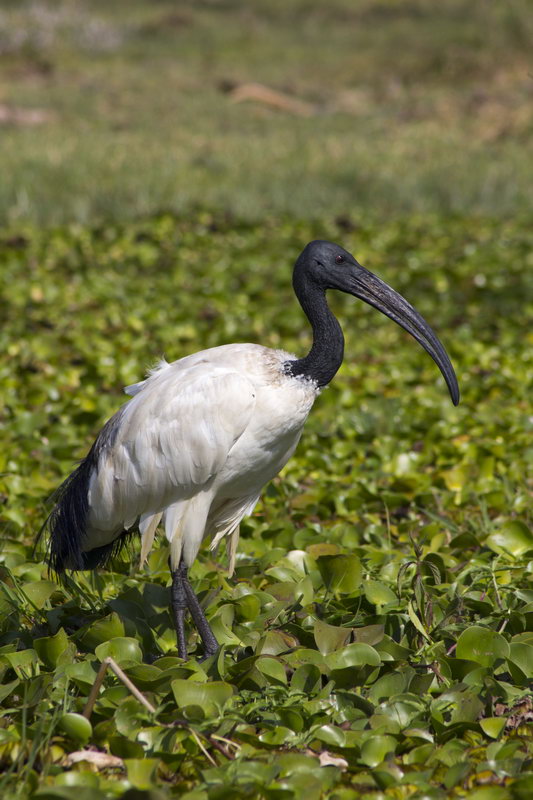 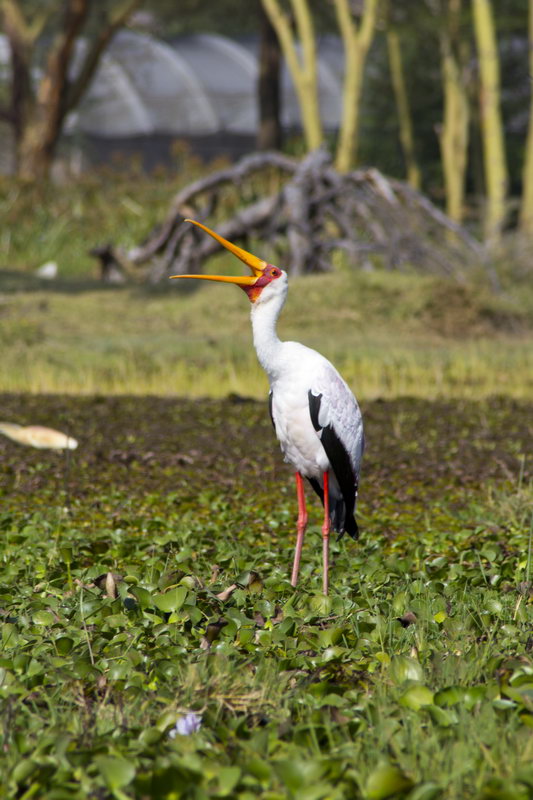 Eagle attention is attracted in a low whistle, and then just throw the fish into the water. Eagle flies from a tree, dives, catches prey and then flies away. 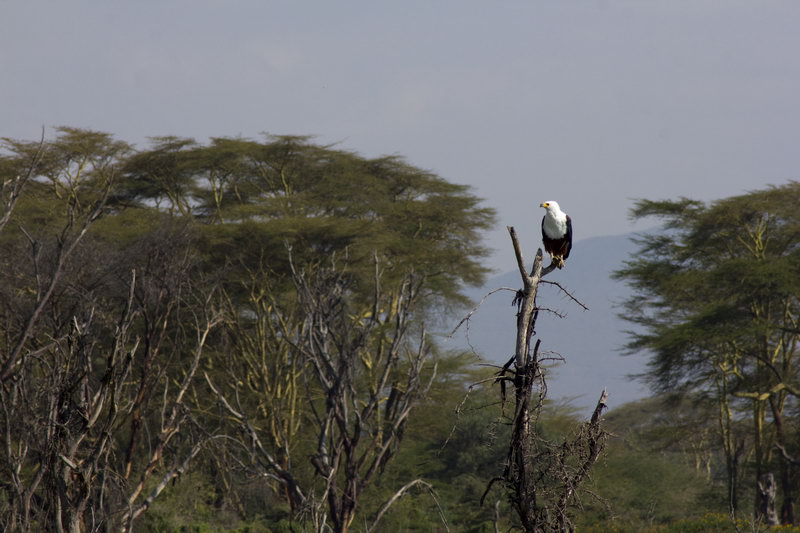 The first attempt have failed - Eagle has not arrived, but just pointedly turned away - apparently it is not the first fish for this day. We catch our fish, and decided to try our luck with another Eagle. And he came. Quickly he picked up the fish flashed past and that's it - return on a tree. 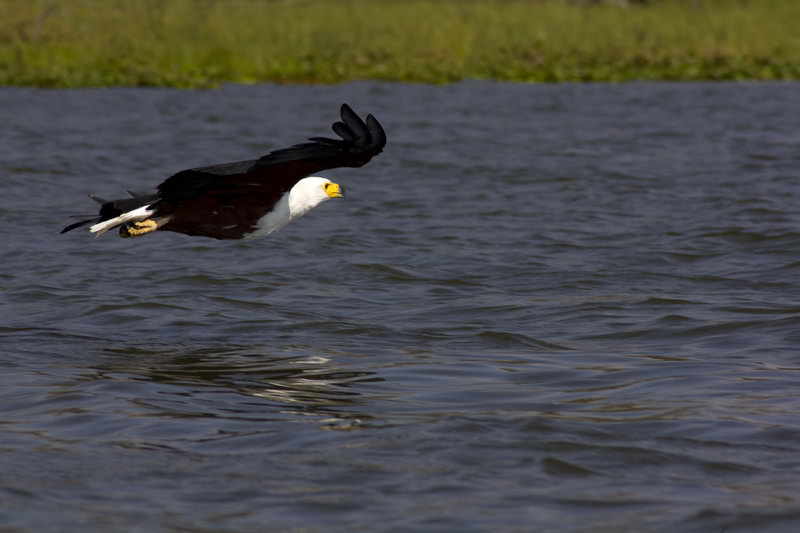 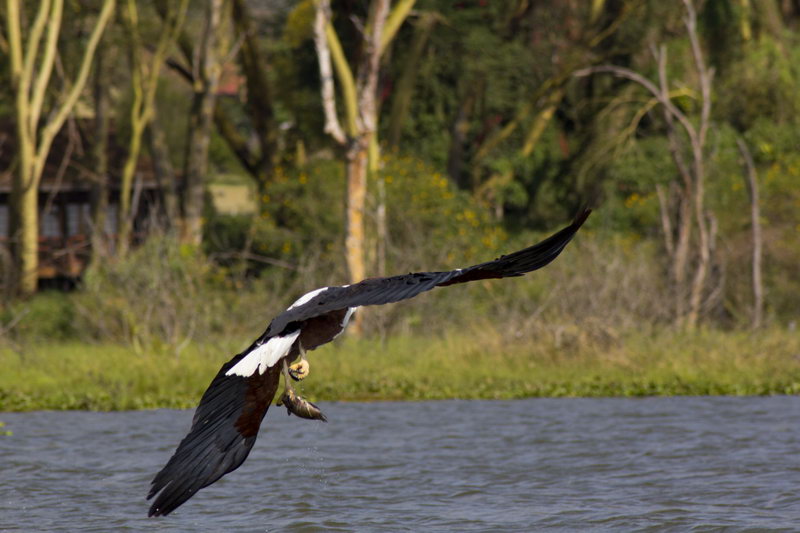 For sure it's an interesting attraction for tourists, but we saw around 10 boats, and how many of them for a day ... Imagine how many fish are brought eagles, they seem to forget how to hunt or have already forgotten :( 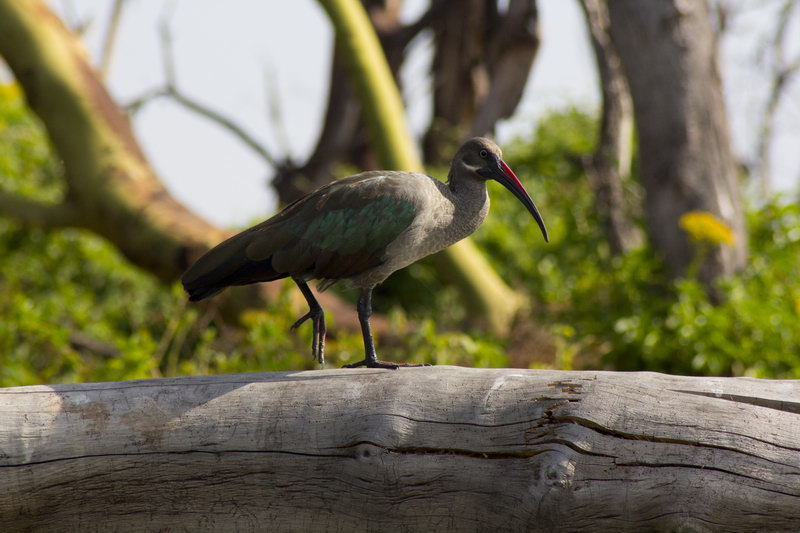 Further more closely drove to the herons and ibises, among the total mass of the birds lost one red heron and one bittern. But with a huge number of white herons and sacred ibises there were difficult to see them.
Then we saw another family of hippos with little Hippo.

Flooded shallow area in which grazing buffalo, and even in the distance there were some zebras. 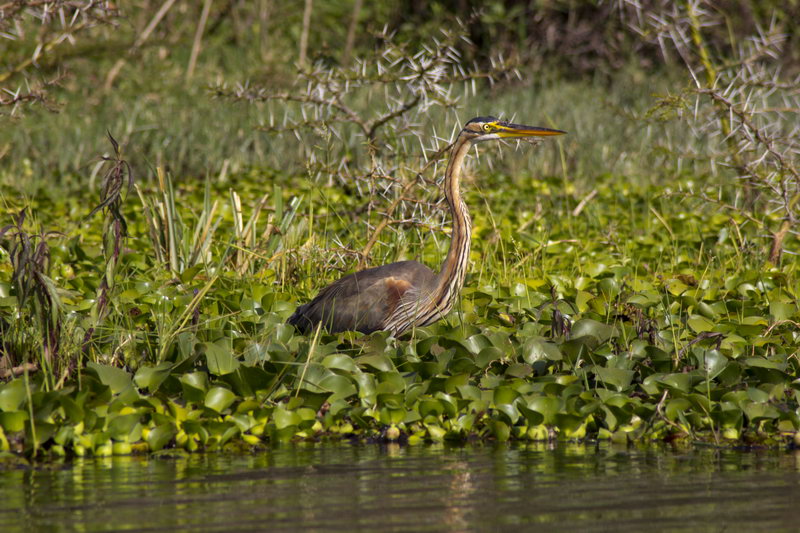 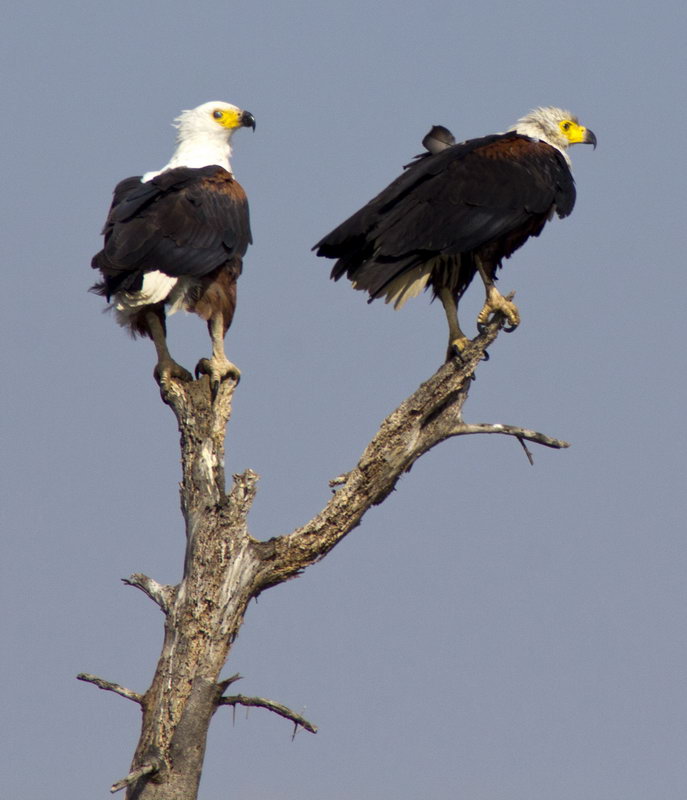 We went for a sail around the island, which is located in the middle of the lake. But it should be noted that most of life is seething in shallow water or on the shore close to the water, but on the center of the lake there are no so many birds. By the way, the lodge is located on the island and they have their own boat - the perfect place for bird lovers. 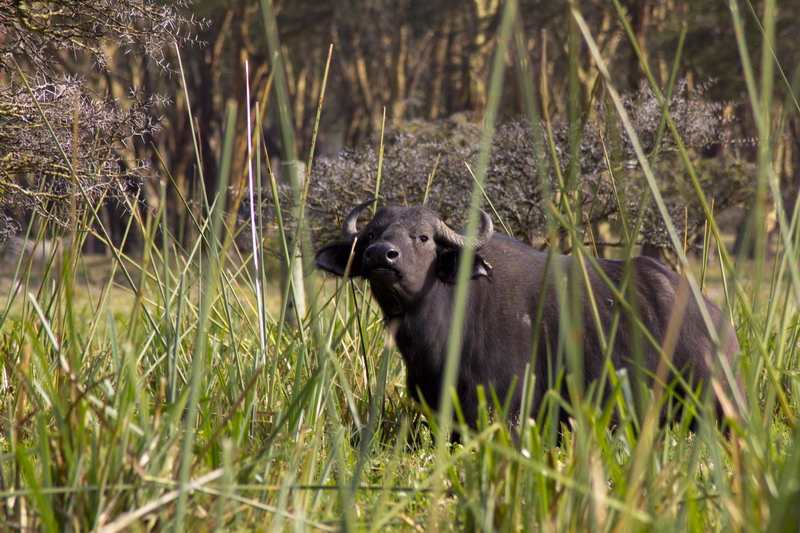 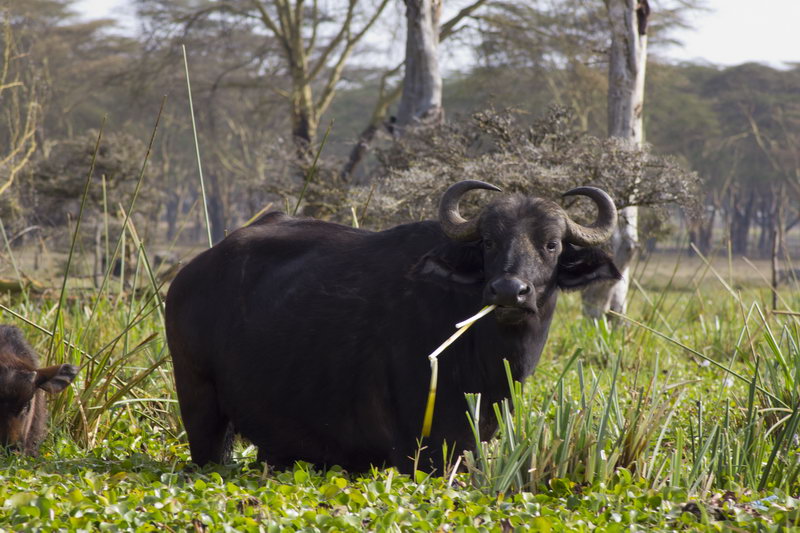 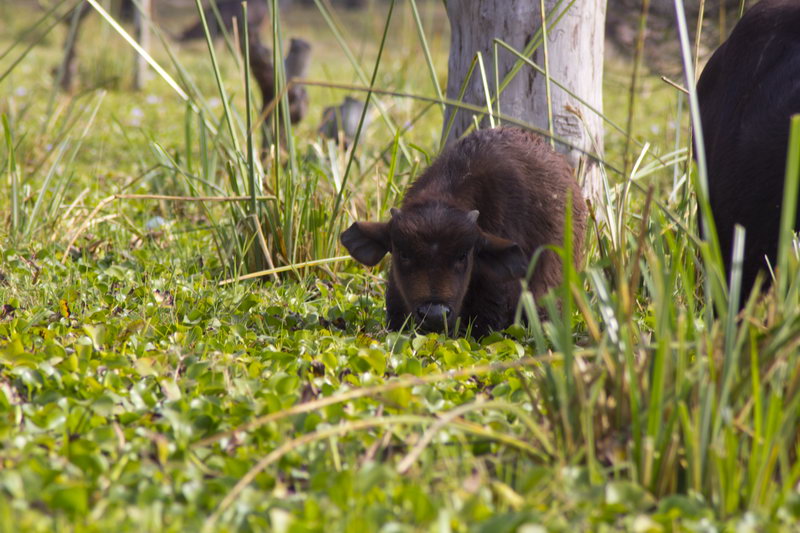 We made a circle around the island. Hour and a half passed too quickly, and we wanted to stay longer on the water ... It is interesting not only to see, but also to observe, to look at the habits, the process of hunting and the relationship between the species. 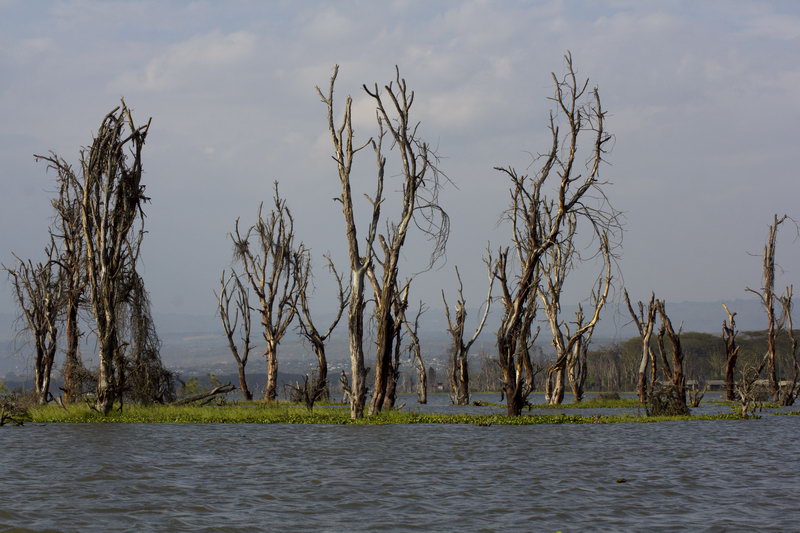 As a result, it should be said that a walk on the lake Naivasha definitely worth the money and if you are even slightly interested in wildlife, it is certainly worth a visit. 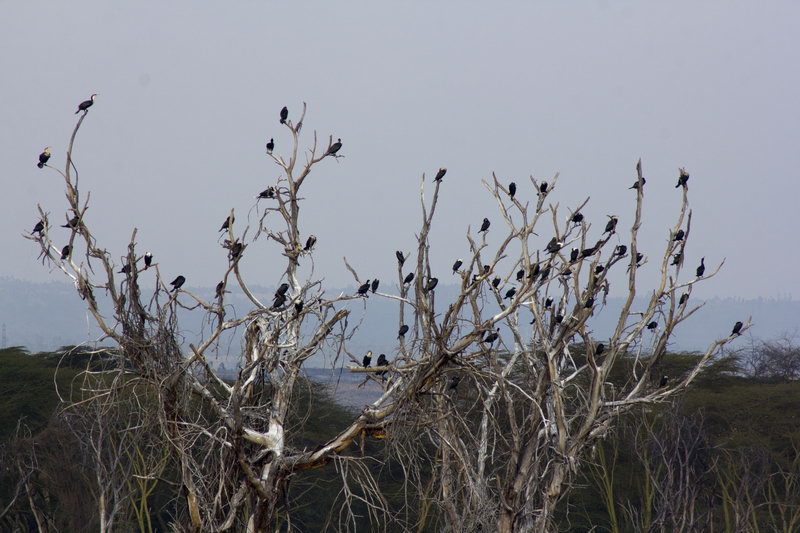 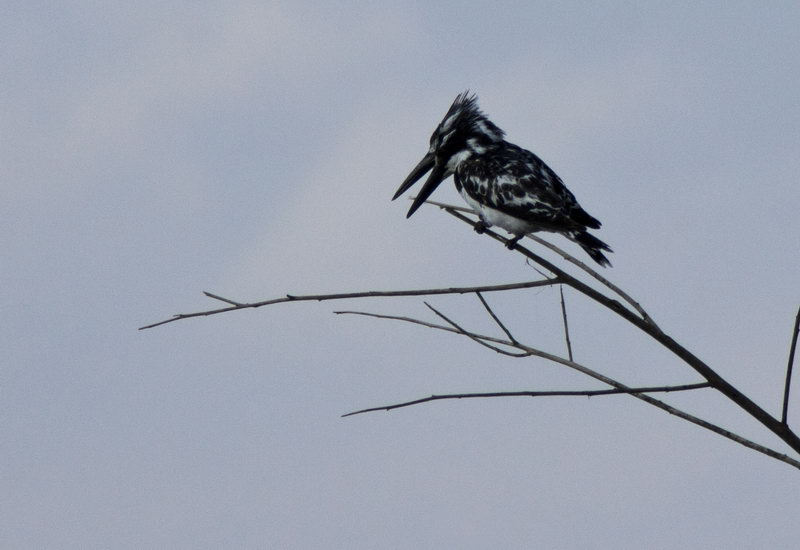